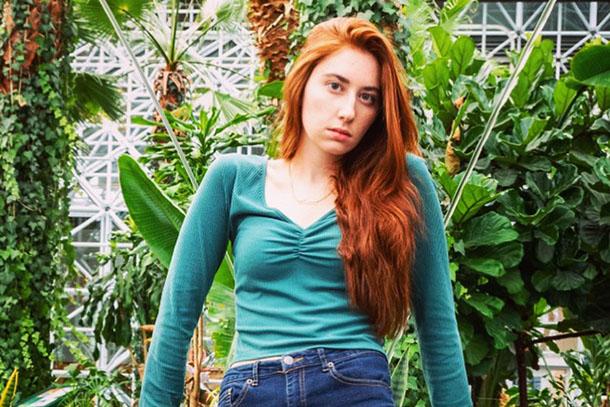 “Rise is about the work, patience, and determination we put in every single day to reach our lofty dreams. The road to our goals is long, and every step forward takes more time and effort than we imagine, but the result is so worth it.”

Recently, the In The Loop team got a chance to interview the 2020 Manifest song winner, Emma Young.  Here’s what she had to say about it

EY: Rise is about the work, patience, and determination we put in every single day to reach our lofty dreams. The road to our goals is long, and every step forward takes more time and effort than we imagine, but the result is so worth it.

SL: What do you want the takeaway or message for the song to be for Columbia students?

EY: As many obstacles as you face, as many “no’s” you hear in a day, the natural fire in your belly will drive you forward until you’ve risen above the challenge. So keep your eyes on the prize, whether that’s getting your artwork in a gallery, being the boss of your own company, or making social change. I’ve seen enough incredible acts of justice and art-in-action at Columbia in four years to know that we’re all crazy enough to make impossible dreams a reality.

SL: What inspired you to write the song?

EY: I reflected on my own time at this school and saw how mountainous the journey was. The moments spent crying into my icecream were just as important as the moments I danced around my room in victory. My lyrical goal was to show that it’s not all sunshine and creative freedom, it’s rejection, doubt, and a long fight to the top. Musically, I wanted people to dance. I wanted people to release this energy and celebrate their own rise upwards.

SL: Have you shared it with anyone else? What have they thought about it?

EY: I’ve shared it with a handful of people. My favorite part is the look on their face when the chorus hits. They all have this little smile appear and their eyes go wide.

SL: You are graduating this year, how does this song fit what you want your legacy to be?

EY: Rise feels like the cherry on top of my college experience. I’ve done all I wanted to do here and discovered who I am as an artist. What I’m leaving behind is the story of a girl who tried everything and pushed herself to break boundaries of what they said was possible. While working on my music, I’ve also worked on film and stage as a actor, a pit musician, helped work towards equal representation with the Chicago Feminist Film Festival, and studied abroad. Rise represents all I’ve done, but is also a promise to myself and others to keep pushing the walls. I often felt like the odd one out in writing as an edm producer/songwriter. I’ve only known a handful of girls to step out and claim that role as their own. Maybe I wasn’t looking hard enough, but the fact that I had to search is an issue on its own. As I keep striving upwards as a performer and musician, I want to reflect in each step my work ethic and belief in equality.

SL: How can the message of “Rise” be applied in terms of daily life?

EY: Today’s struggle is tomorrow’s gain. It may sound like a pinterest quote but it’s the truth. If you’re crafty and determined enough, you can carve a path to your dream even if everyone has said it’s too hard. Just don’t forget to smell the roses after your seven hour practice session.

SL: How are you preparing for your Manifest performance?

EY: I’m thinking about how to physicalize and create an image for the sound. Manifest is a big stage for a bigger party so I’m preparing to take up space.

SL: Who are you performing with?

EY:  I’ll be on stage with a couple members of my incredible band. Brett Grant on keys and Emma McDermott singing harmony. I’ll be adding a few other friends as well.

SL: If you were to make a one-sentence catchphrase for your song “Rise” what would it be?

EY: “Hurts when you’re on the rise up”. It’s the hook and captures everything I want to say. Mediocre is easy. It’s hard work to be the one with big dreams and a bigger fire to catch them.